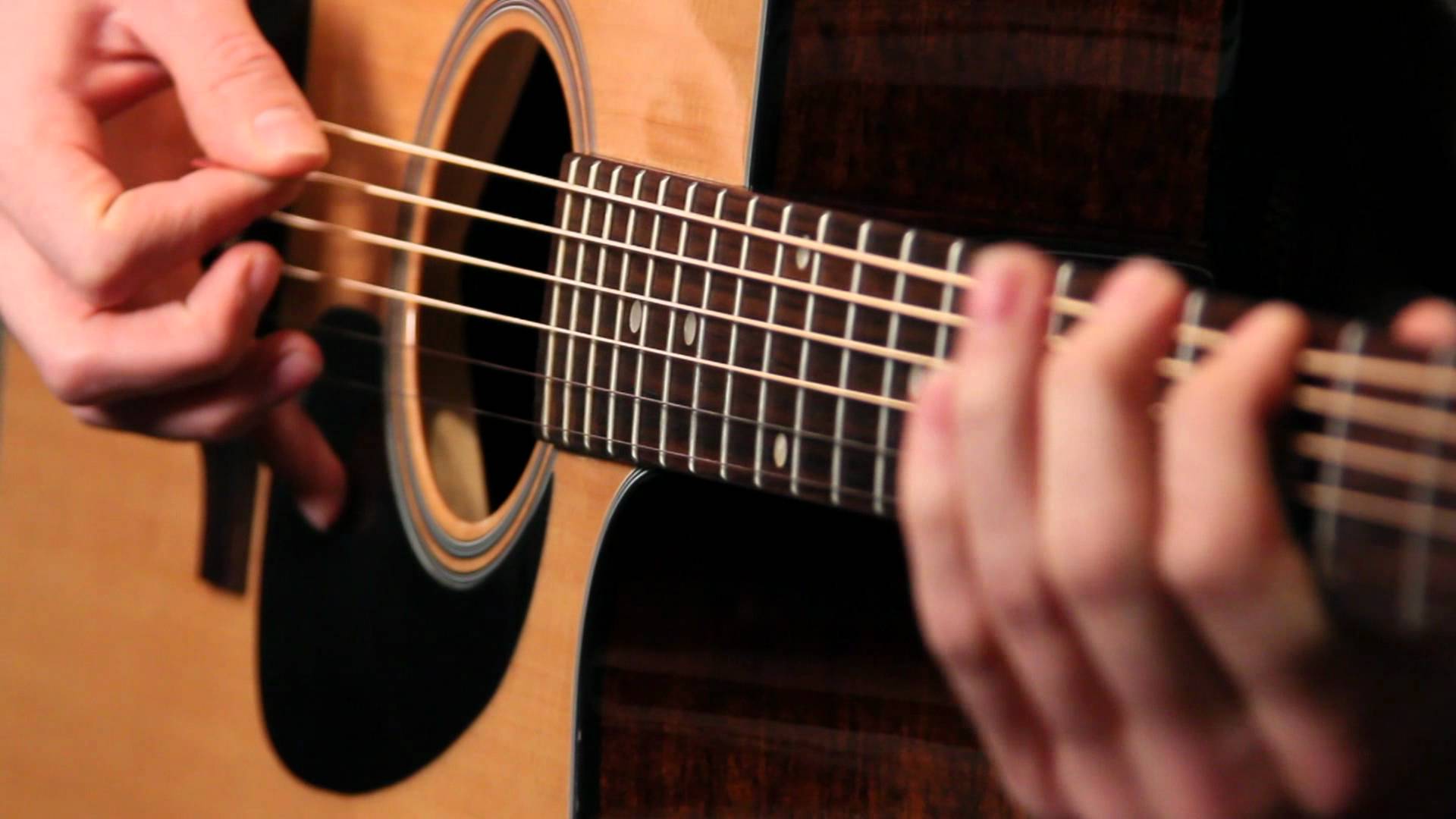 Learning guitar scales can be a really frustrating thing if not approached the right way, but the potential of knowing them is limitless! So many things you can play with it!

I remember when I was first starting to play guitar, I felt terrible because I did not know the major scale, I wanted to create new melodies or improvise right away.

So, let's see how Major scales work and how we can play them on the guitar guys!


1) The Notion of Distance Between Sounds. 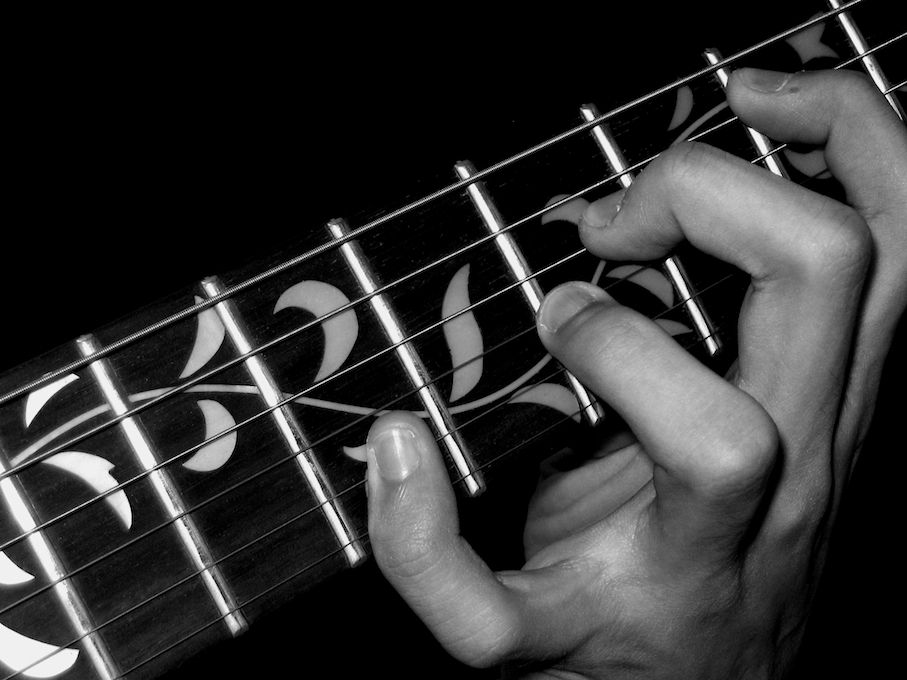 Just like we measure anything else (distance, temperature, speed) the distance between any two sounds can be defined precisely. So, the very first thing we must know is the metric unit that we use for sounds. This is The Whole step and the Half Step. (You may also find them as Tones and Semi-Tones)

The metric unit in music is the Whole Step and the Half Step, we can determine any distance in any two sounds by the number of steps between them. for example, we say that between this note and that other note, there are 4 half steps.

(from any fretted note in the guitar to the very next one, the closest fret in the same string)

You may already know that sounds are technically frequencies, right? But in music, we call these frequencies by name.

Understanding the distance between sounds is important because those distance relationships from your starting note to the other notes are what give any scale its identity.


2) Whole Steps and Half Steps on the Guitar.

Pick up your guitar and look at the different frets, now you know that each of those frets represents a half step.

If you move up in whole steps, you are skipping one fret in the middle each time. (1 whole step = 2 half steps)

Cool, now that we know how to move in the guitar by half steps and whole steps, let's dive into the identity of the Major Scale and how to play it!

To visually see what we just learned, you can click on the link below.


The Formula of The Major Scale

The major scale it's one of the most used scales in music, therefore is one that you want to learn well and be able to play in the guitar. (from any starting note)

Here I will provide you with a magic formula that you can apply starting in any note in the guitar, and if you are measuring correctly, voila!

This formula can be thought like the DNA of the Major Scale;

Pick any note in your guitar, and from that starting note move upwards (to the right of the neck) following exactly the order provided in the formula.

Let's say you started in note C; then you are playing the C major scale. - the note that you start with, will always give the name to the scale.

Because of this, is important that eventually you learn how to find all the notes on your guitar.

Determined by the formula, we see that the Major scale has 7 different notes, we call them steps.

Grab your guitar and play a C, now try to go through all 7 different steps;

Try starting from a different note now, and see if you can play it correctly. Remember the formula!


4)The Concept of Transposition and Note Relationships.

The good thing about what you just learned is the idea that can be applied to any note in the guitar,

In music and specifically in the guitar, we call this “transposition”.

If you start the formula in a different note, you will have the major scale of that particular note.

But the formula will never change! Great isn’t it? This means the formula is transposable.

So, how many possible Major scales are there? only 12. One for each different sound there is.

Sometimes we may call them differently, (D flat instead of C sharp for instance), but that is a topic we will not address now and you don’t really need to know at this point.

What gives the major scale its characteristic sound? nothing but the relationships formed by the distance between the sounds.


5) Knowing Where to Find the Notes on Your Guitar and playing the Scale. 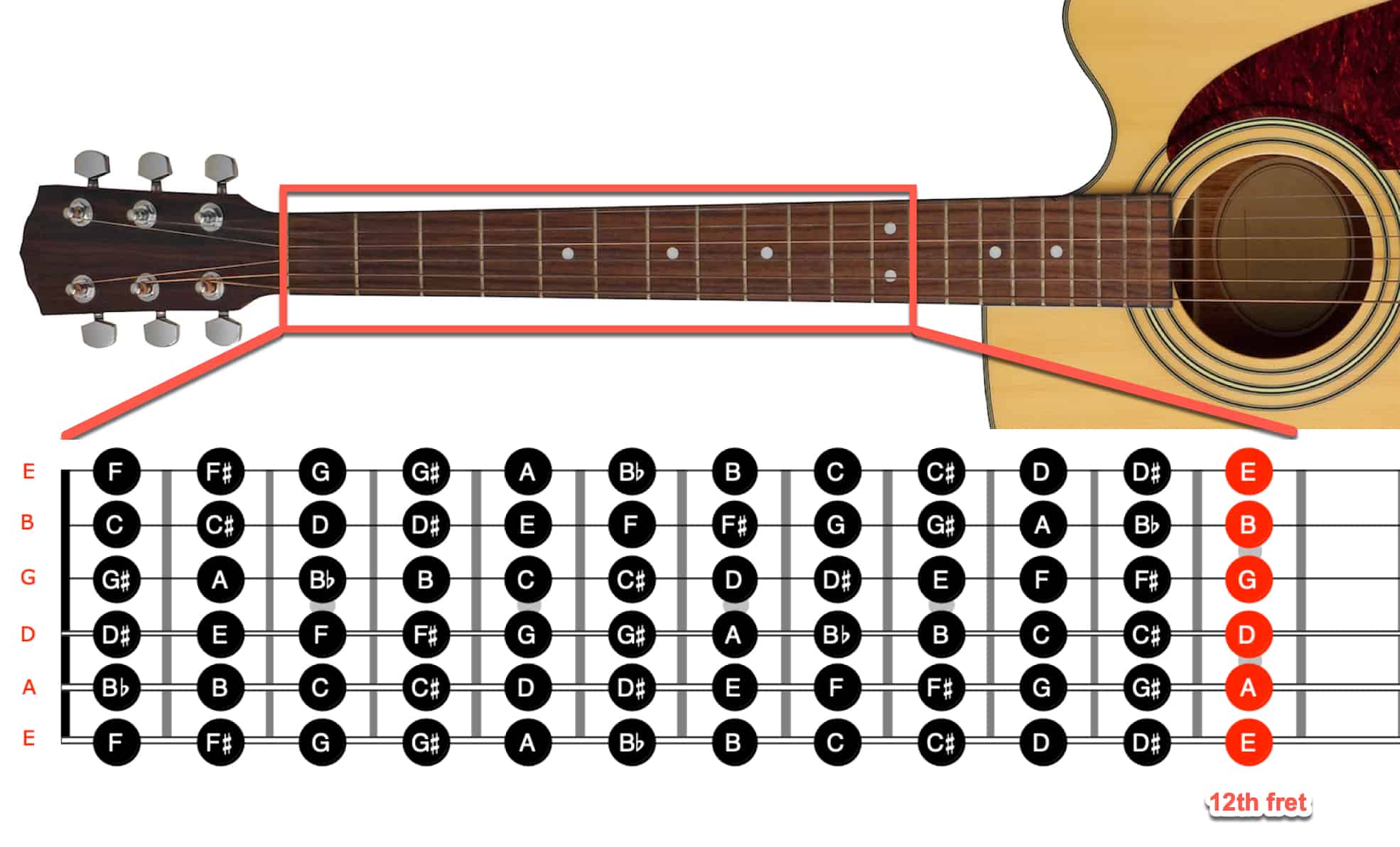 I know that memorizing the notes in your guitar fretboard is not fun, but has a great benefit!

Try starting with just a few notes to use as a reference, go little by little.

The major scale is typically played in different positions or shapes; In reality, you will never play a major scale in just one string, so your next step is to be able to play all the 7 steps of the major scale playing not more than 3 notes per each string.


Let's try it together; we will play the G major scale on the guitar.

Apply the same process described above and you will be playing the B Major Scale.

In this stage this is something that you don’t need to worry about, just know that there are different positions or shapes and those are determined by the fingers that you start playing the major scale or the strings you are choosing to play those same notes. Just options and combinations of the same formula! (WWHWWWH).

Here below you can find a YouTube video that describes the five shapes of the major scale in the guitar.

But just remember that you have no obligation of playing it in any particular shape, all you really need is to follow the formula. 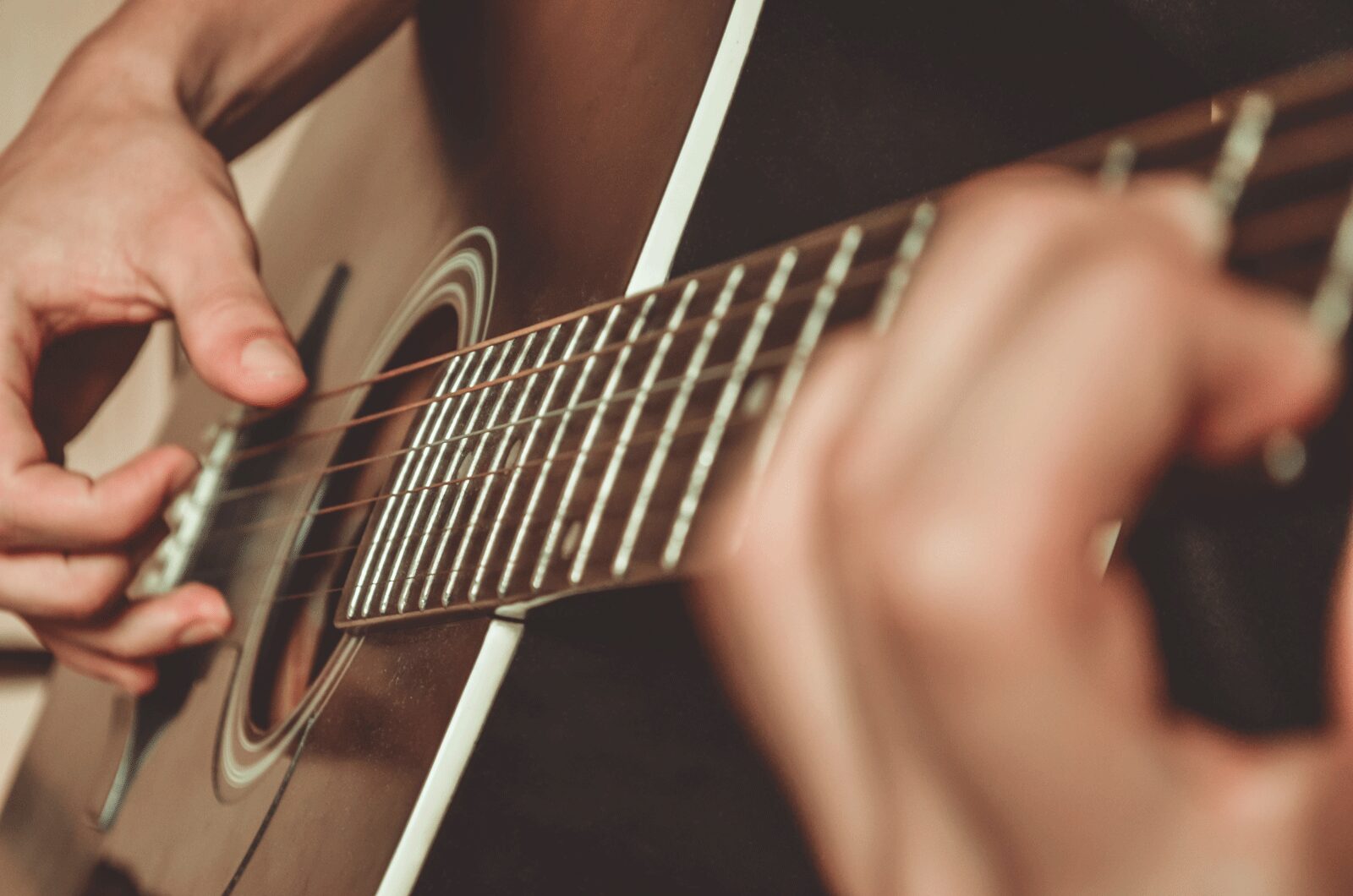 As you practice the scale, try to play every note as clean as possible, making sure each sound is clear and pure (one note at a time). Play it in an upward motion and downward motion as well.

Let’s have a look at the most important things we need to remember to play the major scale in the guitar! 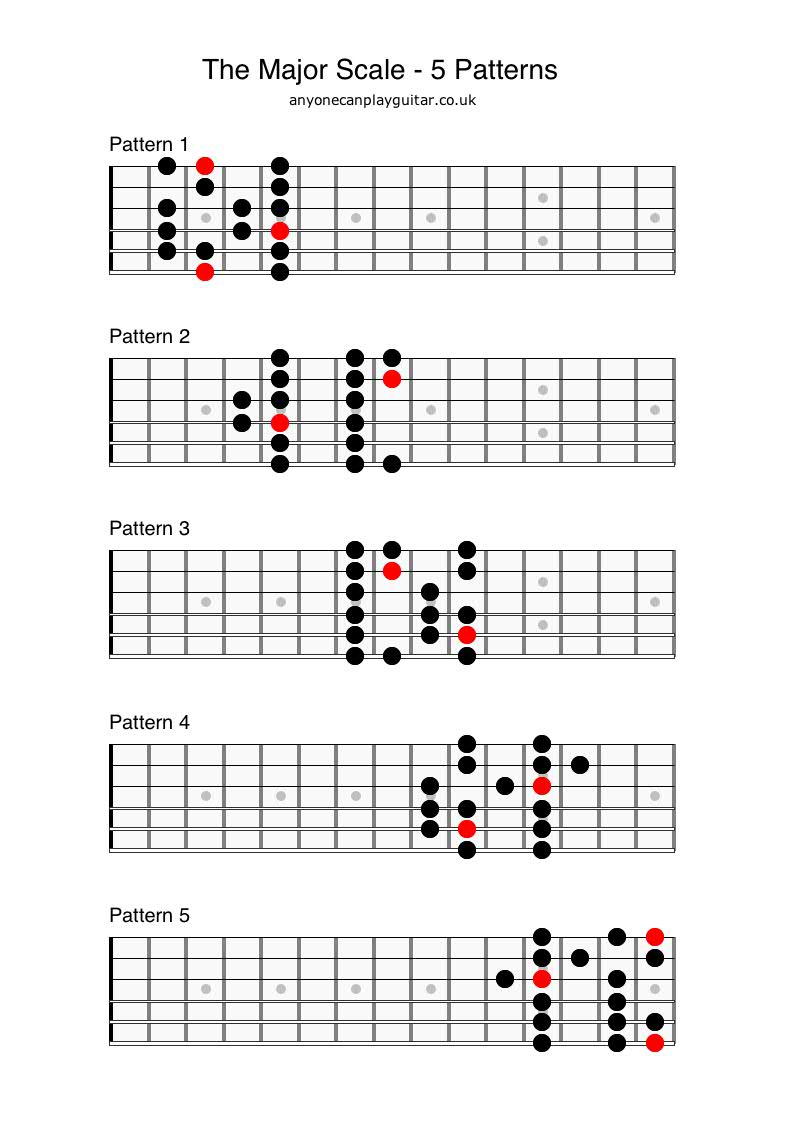 I recommend that you select the easiest and common keys to play as a start. These keys are C Major, G Major, F Major, and D Major.

Alright guys! I hope you have fun applying these concepts and that you can master the Major scale in no time!

Check out our #1 recommendation for learning guitar below! Leo is the founder of https://sixstringtips.com, a music website providing and sharing trust and useful information to help people easier to choose musical instruments and learn to play guitar.

Check out these other Blogs we recommend for Learning scales on guitar.

HOW TO PRACTICE SCALES